Email Us Find Us Call Us

How do I go about charging an electric car?

With ease. Home is likely to be the place at which you do most of your charging, and here there will be two options: a dedicated charge point and a standard 3-pin mains plug.

A dedicated home charger is ludicrously fast, with current technology putting between 10 to 30 miles of range back into your EV for every hour plugged in. A standard mains socket will naturally be a lot slower and probably won’t become your first choice, but it’s nice to know the option is there.

The workplace is another location you’re likely to be staying for a lengthy period of time. There are big incentives for companies to invest in charging capabilities for both their staff and customers, so it’s becoming increasingly common to see universal charge points in business car parks. And, following suit, more and more public car parks (or those dedicated for a business' customers) are beginning to feature dedicated EV charging areas.

Between home charging stytems, petrol station chargers (more on those below) and public access charge points, you're never far away from a top up. 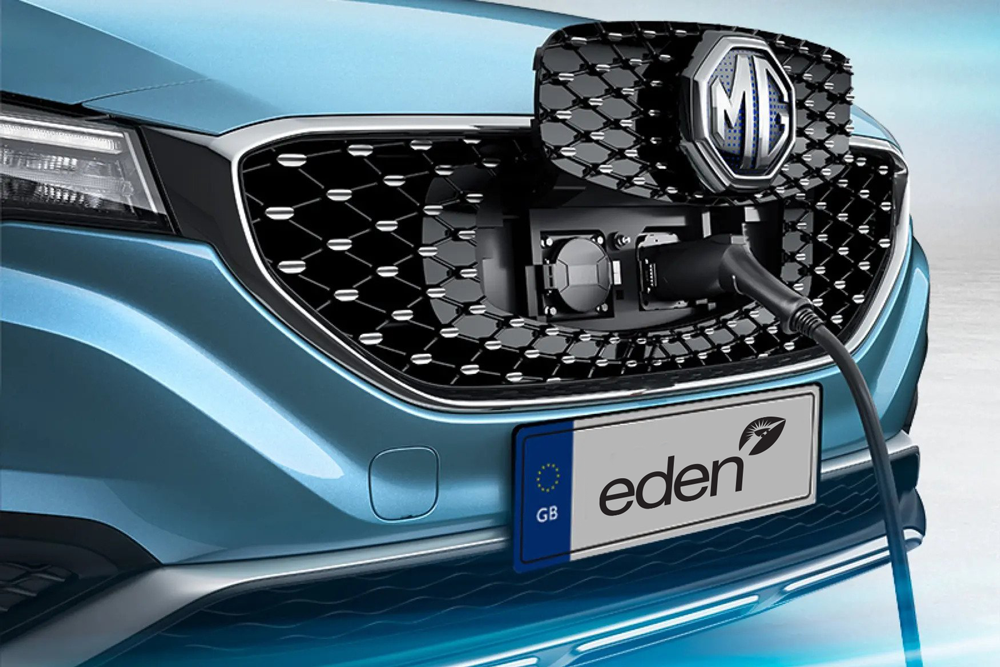 What if I live in a flat?

Roughly 30% of motorists in the UK live in a property without a driveway, so you’re not alone.

The irony of built-up areas having less access to dedicated charge points – the very places where greener transport is needed – is not lost on the government, which has set aside a sizeable pot of money for local councils to install more on-street chargers.

OLEV (the Office for Low Emission Vehicles) has reserved just over four million pounds for this cause, and will fund up to 75% of the installation costs as long as councils are willing to pick up the remainder. This funding is expected to be distributed over the next two years, and in turn you can expect a lot more local charge points to spring up in and around your area. A letter to your council representatives reminding them that the funding is available might hurry the process up somewhat, too. It’s also worthy of mention that some councils in London are trialling the idea of having lamp posts double-up as charge points right next to parking bays - astonishingly, over 1,000 such lamp posts are already up and running in the city -  and the hope is to  roll the scheme out nationwide.

In the meantime, living in a flat or terraced house still isn’t an insurmountable obstacle for a good number of EV owners, who simply plug in while at work. Given that the technology is such that a once-a-week charge will suffice for most commuters, switching to electric is often still a viable option despite restrictions at home. 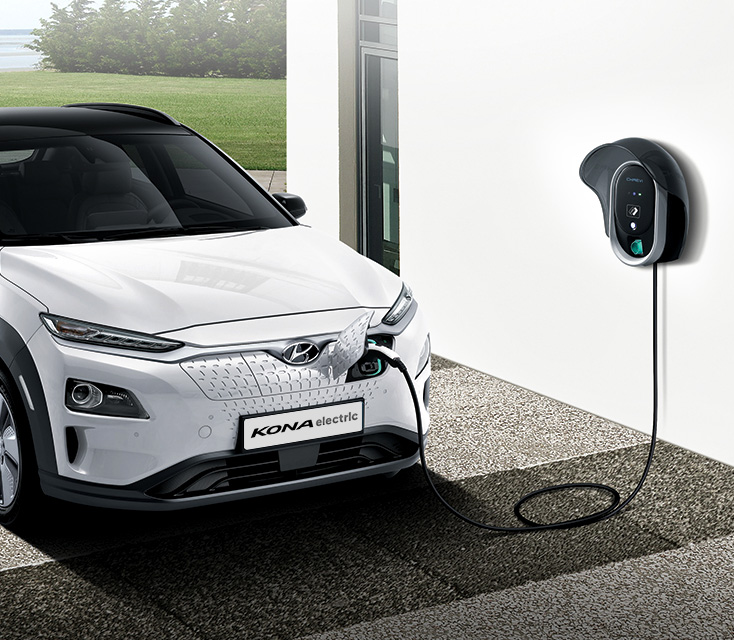 Are There Government Grants Available?

Yes. As well as incentivising local authorities to improve EV network support across the country, there are a couple of grants available to you as a private motorist. The grants work out at between 20% to 35% of the vehicle’s RRP, with the following caps: 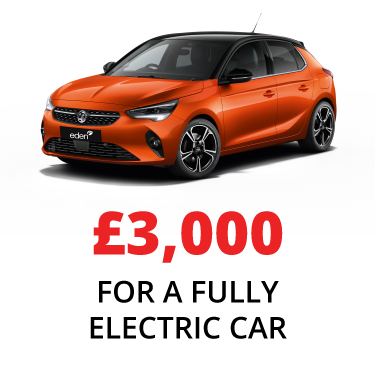 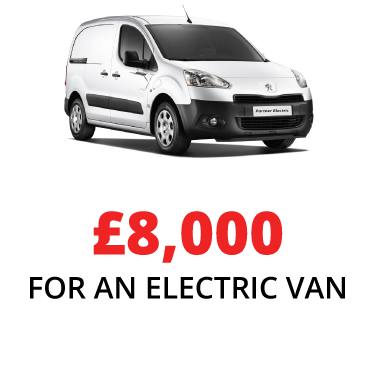 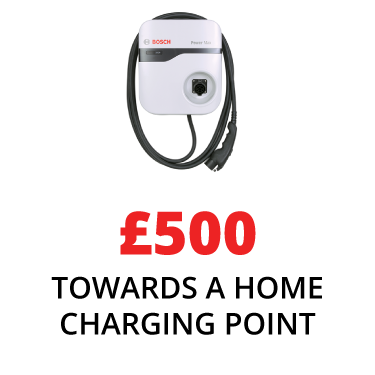 Above figures correct at the time of writing, but do note that the initial grants available used to be higher; it’s impossible to say whether they’ll be slashed again, or when.

What if I need to charge while on the road?

Thanks to the range of EVs currently – circa 200 miles in a single charge, give or take – chances are you won’t often encounter a situation in which you need to juice up while travelling between destinations. But if you do, you won’t be left short.

In long-distance commutes across the country, you’ll want to stop for a cuppa and a bite to eat anyway. Every major service station we can think of has a bank of dedicated 7Kw chargers (the same type as you’ll have at home) and some may even offer rapid 43-150Kw charging, which will have you fully charged before you finish your latte (okay, not quite, but pretty darn close - most EVs tout a rapid charge time of around 30 minutes to get the battery from zero to 80%.)

Be aware however that you’ll need your own cable to plug into these. On the other hand, smaller petrol stations that are EV-ready – useful for emergencies or simple top-ups – nearly always feature rapid charging ports and have tethered, universal cables ready to use. 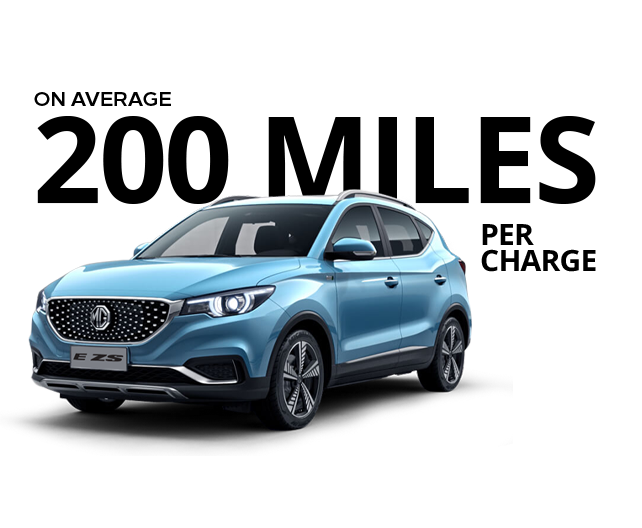 So there are quite a few charging stations out there?

Indeed, you’re rarely more than 10 miles away from a charge point. You might even be surprised by the sheer number of them dotted across the country, and it’s a number that is only going up from here.

What’s to stop someone unplugging my car while I’m away from it?

A locking mechanism on the cable itself prevents this, but many modern EVs will send a signal back to the owner’s corresponding app to let them know it has been unplugged.

The main reason anyone would do this (a massive no-no in electric etiquette) is because they feel you’ve had enough charge and they want their turn. Networking services like PlugShare try to solve this by giving EV owners the ability to communicate with one another. Being able to send a courteous message to an EV owner to ask if they’re done with the charge point works wonders for preventing bust-ups! 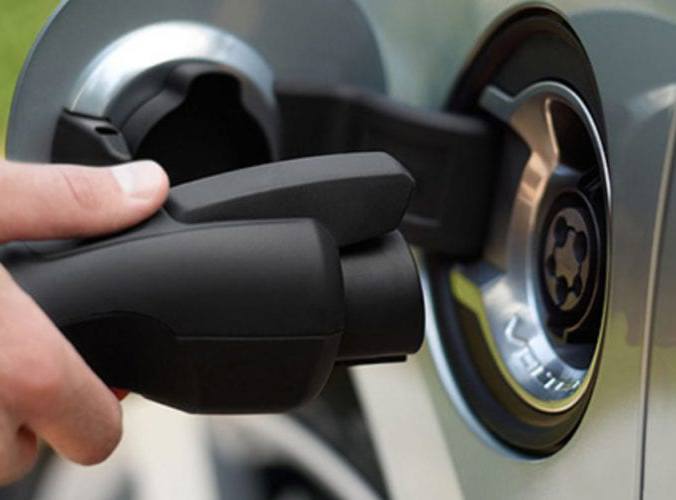 What are the average charging times?

This entirely depends on the power rating of the charging outlet you’re plugging into.

A home charger or one found in most carparks typically outputs at 7kW, which will give you 30 miles range per hour of charge (for most cars, that equates to a full charge from empty in 4-8 hours). If you’re using a 3.7kW home charger, that’s approximately half the output and double the time to charge.

The aforementioned rapid chargers – found at motorway service stations across the country – are the EV equivalent of rocket fuel. They’ll get an electric car battery from flat as a pancake to totally full in as little as 30 minutes. 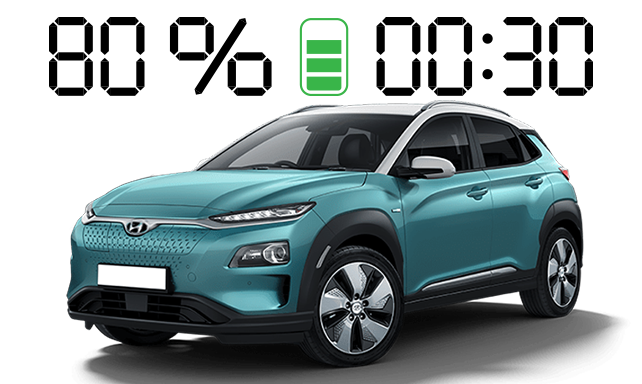 What Happens if the Battery Dies?

The car will stop. It’s as simple as that.

Of course, the exact same can be said of a regular engine, but with one key difference: running out of juice in a normal engine can cause some serious (and pricey) damage to the entire fuel system.

If you totally deplete an EV battery, you won’t cause any damage (setting aside the safety concerns of stopping in traffic). Give it a charge and you’ll be right back on the road, no harm done.

It should also be noted that electric vehicles these days give extremely accurate readouts on expected range and battery life (as well as warnings for when you’re pushing your luck). No more playing roulette with the fuel needle! 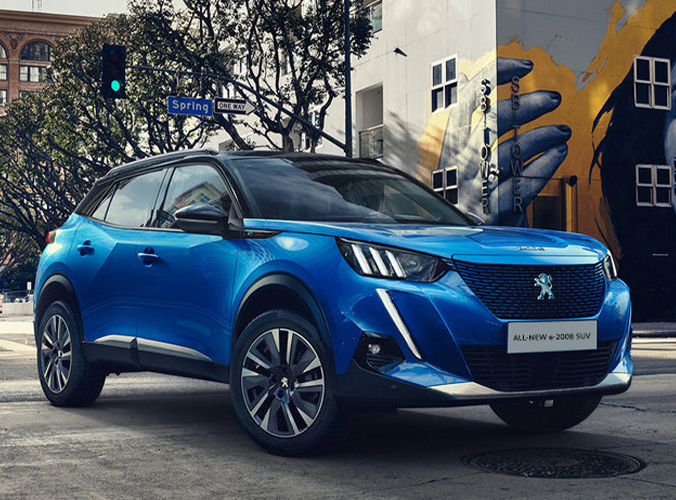 What’s the Situation With Roadside Recovery?

We’ve spoken to a number of the major roadside assistance providers, and all of them have confirmed that they will provide recovery services for electric vehicles in the exact same manner as they would for conventional fuel cars, i.e tow the vehicle to the nearest garage (or charge point).

Some providers are also able to offer quick charging at the roadside via their support vehicles, but as always, it’s worth checking your policy to be 100% sure of what your breakdown coverage entails. 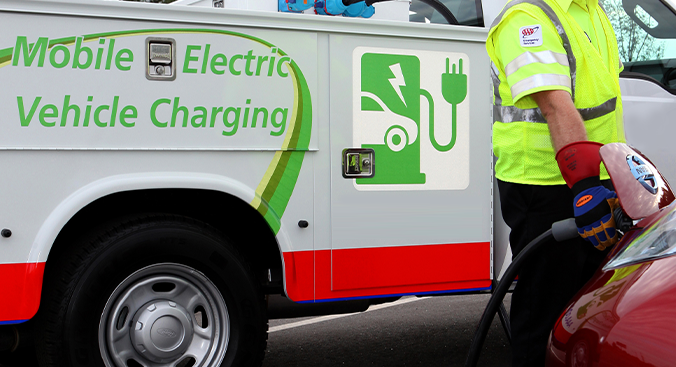 What’s the Average Life of an EV Battery?

One of the most often asked questions about electric cars, and understandably so.

It’s an inescapable fact that, just like regular cars, an electric vehicle will eventually wear out to the point of unusable. As the current generation of EVs hasn’t been around long enough to test longevity in a real-world setting, their average lifespan is open to speculation – however, the good news is that this uncertainty is covered by extremely generous manufacturer warranties.

As a rule of thumb, you can expect a nice 7 or 8 year warranty on the battery (or a minimum mileage of around 100,000) which arguably provides even more peace-of-mind than a brand new petrol model. 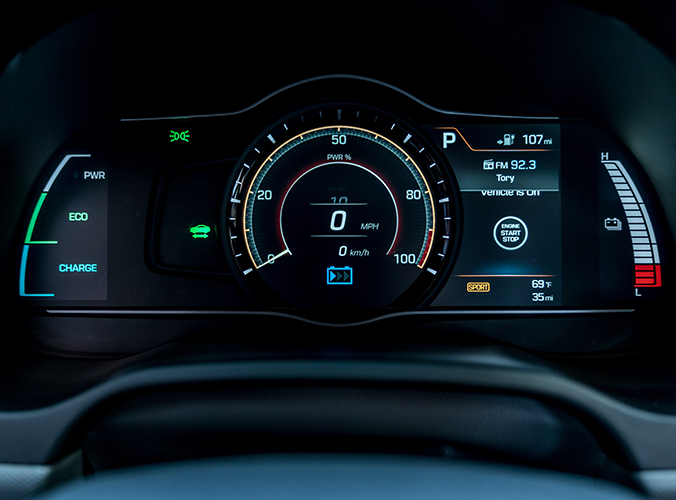 How safe are they in a collision?

Many electric cars borrow the same chassis design as their conventional cousins, and as such crash testing between the two has produced largely the same results.

If your EV does get in a crash, however, there won’t be a tank of flammable liquid involved, so there’s that. 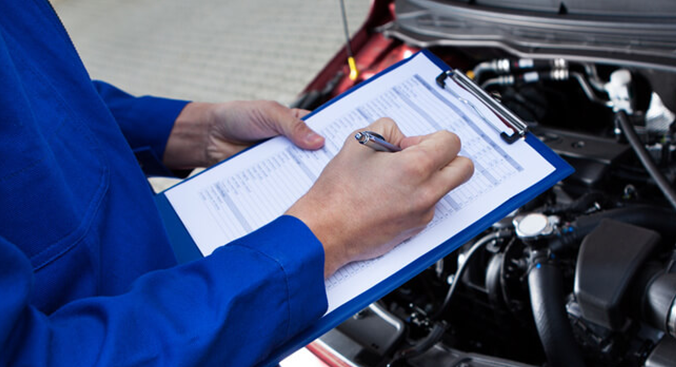 How much do electric cars cost to run?

Rising fuel costs are one of the many reasons people are increasingly considering making the switch to electric, but how cheap is the alternative?

The initial overhead comes in the form of the home charger installation, costing between £250 to £1,000 depending on power output (though that’s before grant funding, as outlined above).

From then on, you’re quids in. Based loosely on current UK electricity costs and average EV performance figures, you’ll be looking at an average of 2p per mile compared with 12p per mile in a conventional car (again, roughly speaking). Times that by how many miles you average in any given year and the difference can be quite dramatic.

And that’s if you only charge your EV at home. If you opt to charge it at work, you’ve essentially got free fuel… not to mention the savings made in vehicle tax, cheaper maintenance and no congestion charge (for our London friends.)

Request a Callback
Come in for a Cuppa
View All Offers

Eden Motor Retail & Eden Automotive Ltd Is a credit broker, not a lender and does not provide financing directly. We work with a number of trusted third-party financing companies to arrange credit on behalf of our customers.

Please ensure any fields marked in red are filled in correctly